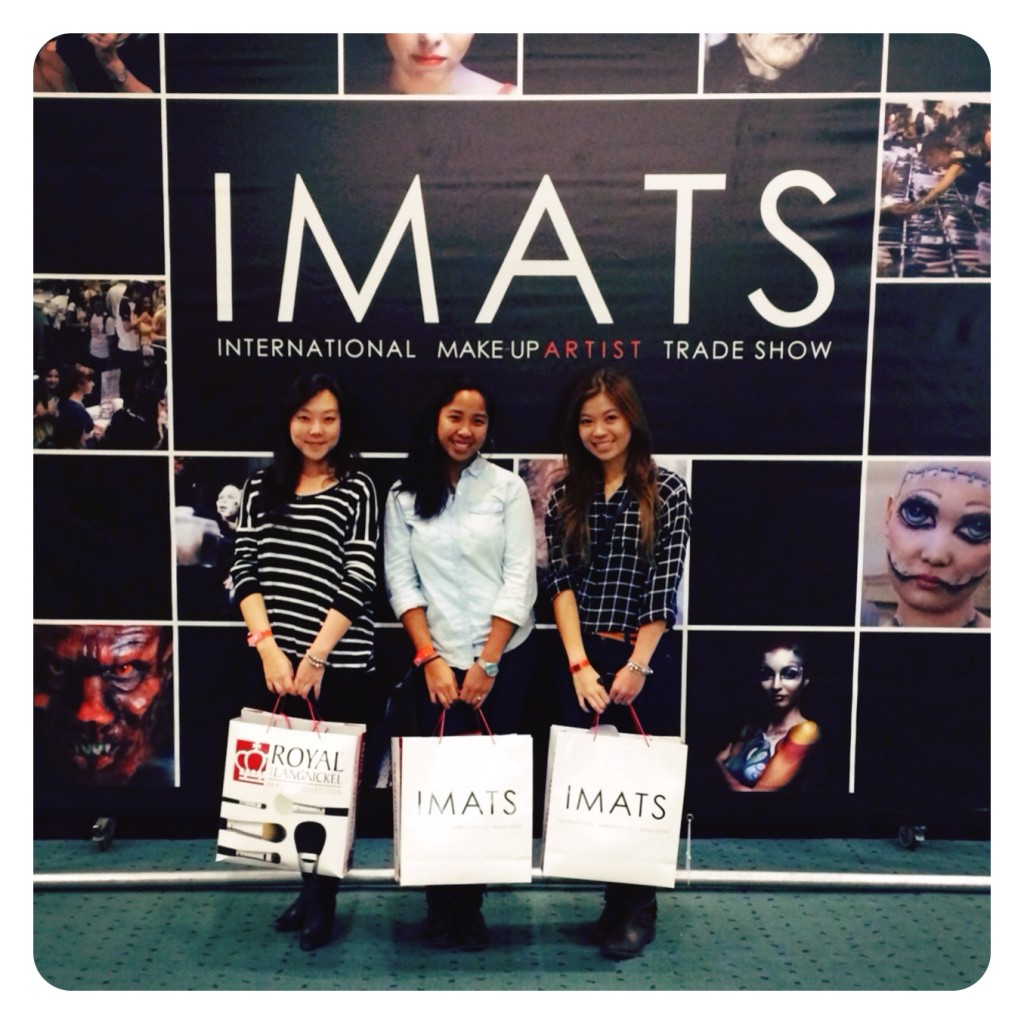 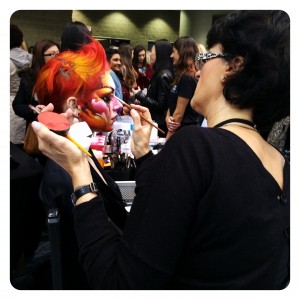 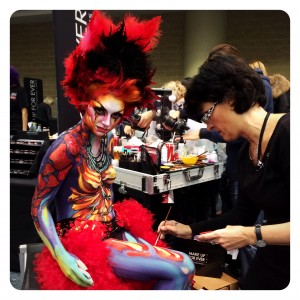 We also saw a lot of great prosthetic and character makeup work while walking around the show: 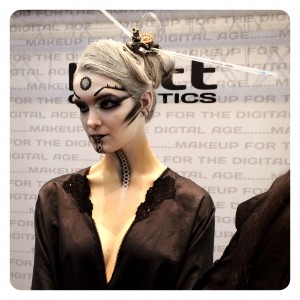 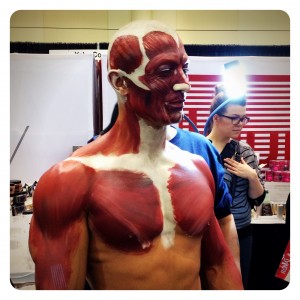 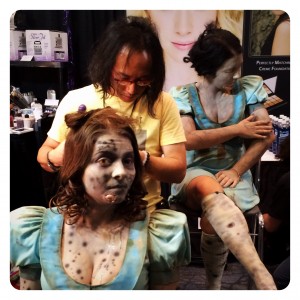 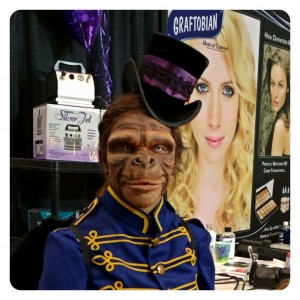 A futuristic geisha, muscle man, the twins from The Shining and the flying monkey from Oz.

We missed Eve Pearl‘s keynote earlier on that day since it took place before we arrived, but we ended up spending some time at her booth since my friend got her makeup done by Eve using a palette she was interested in purchasing. Eve was very nice and we learned a lot about her products and techniques when she was doing the demo. 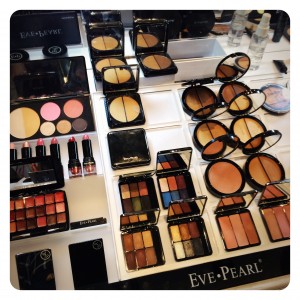 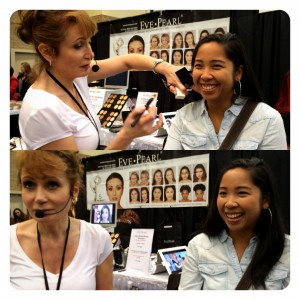 We also ended up getting a few pairs of lashes from Velour. Mabel and Angela were there with an awesome team who helped us pick out which lashes to get and they also offered a complimentary lash fitting after purchase. My friends were looking for good brush sets and ended up getting theirs at Bdellium Tools [the ‘B’ is silent!]. I was tempted to check out the OPI/China Glaze/Essie polishes at the show, but managed to hold out since I did just buy a bunch of new shades recently. I also finally got to check out OCC Lip Tars and got my very first one! I did a pretty good job sticking to my list and only ended up buying one thing which wasn’t on it… it was only $8 and I was still doing well in terms of my budget so I went for it. Not bad at all. 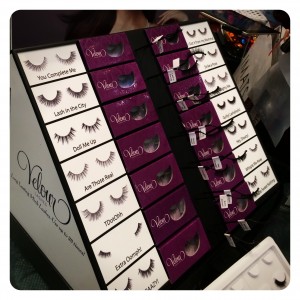 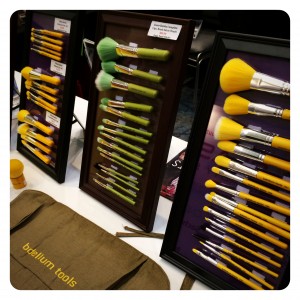 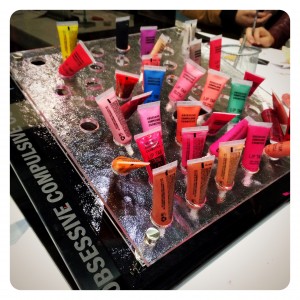 Overall, it was a good first experience at IMATS Toronto. I wish other brands such as NYX, Lime Crime and Sigma also had booths at the Toronto show, though. The discounts were pretty awesome, mostly ranging from 30%-50%. It’s definitely worth it to buy the early bird ticket, since it’s only $30 and goes up to $50 at the door once the pre-sale tickets sell out or ends. I definitely recommend taking a look at the exhibitor list before attending to get an idea of what will be available and also to make a list of what you want to get at the show. I completely forgot to check for the Embryolisse Lait-Crème Concentré though… oops. Also, bring cash! The lineup for the ATM machine can get pretty long and just in case there’s a booth that doesn’t accept debit or credit, you’ll be prepared. I’ll be writing up a haul post soon to share what I got at the show.

Did you attend IMATS this year? What did you end up getting? If you have a blog entry or a video about your IMATS Toronto experience, let me know below!